Meet the experienced and friendly doctors and staff who make Esplin Eye Center the leading provider of vision care products and services in Spanish Fork. 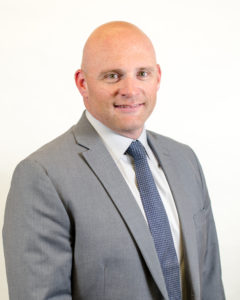 David J. Esplin is the son of Reed and Paula Esplin of Spanish Fork. He is a 1994 graduate of Spanish Fork High School. He attended Snow College and the University of Utah for his undergraduate studies in biology before entering the optometry program at Pacific University in Forrest Grove, Oregon. After receiving a Doctoral Degree of Optometry, he then completed a medically based Optometric residency through Southern California College of Optometry at the Salt Lake City Veterans Administration Hospital. Dr. Esplin served a mission for the Church of Jesus Christ of Latter-day Saints in the Spain, Las Palmas mission. He comes from a family of ten and has lived in Spanish Fork for most of his life. He married Katherine Frampton, daughter of Dr. Robert and Nancy Frampton of Salem.

Dr. Nathan Hawkins is a Utah native and an officer in the United States Navy Reserve. He married Cali Thomas and they are parents of seven terrific children and enjoy an active life. After receiving a Bachelor of Arts in Economics from Brigham Young University with a minor in Korean language, Dr. Hawkins received training as an Optometric Physician from Pacific University College of Optometry in Oregon, graduating with distinction.

Dr. Hawkins was commissioned as a Medical Service Corps Officer in the United States Navy while in Oregon. He then accepted orders to the Naval Hospital aboard the Marine Corps Air Ground Combat Center in Twentynine Palms, California. There Dr. Hawkins enjoyed examining and treating thousands of Marines, Sailors and their families and was ultimately appointed as the head of ophthalmic services at the
hospital.

Dr. Hawkins joined the Esplin Eye Center in the summer of 2012. He and his family are delighted to be serving the people of Utah County.

You can schedule your next appointment with us online!